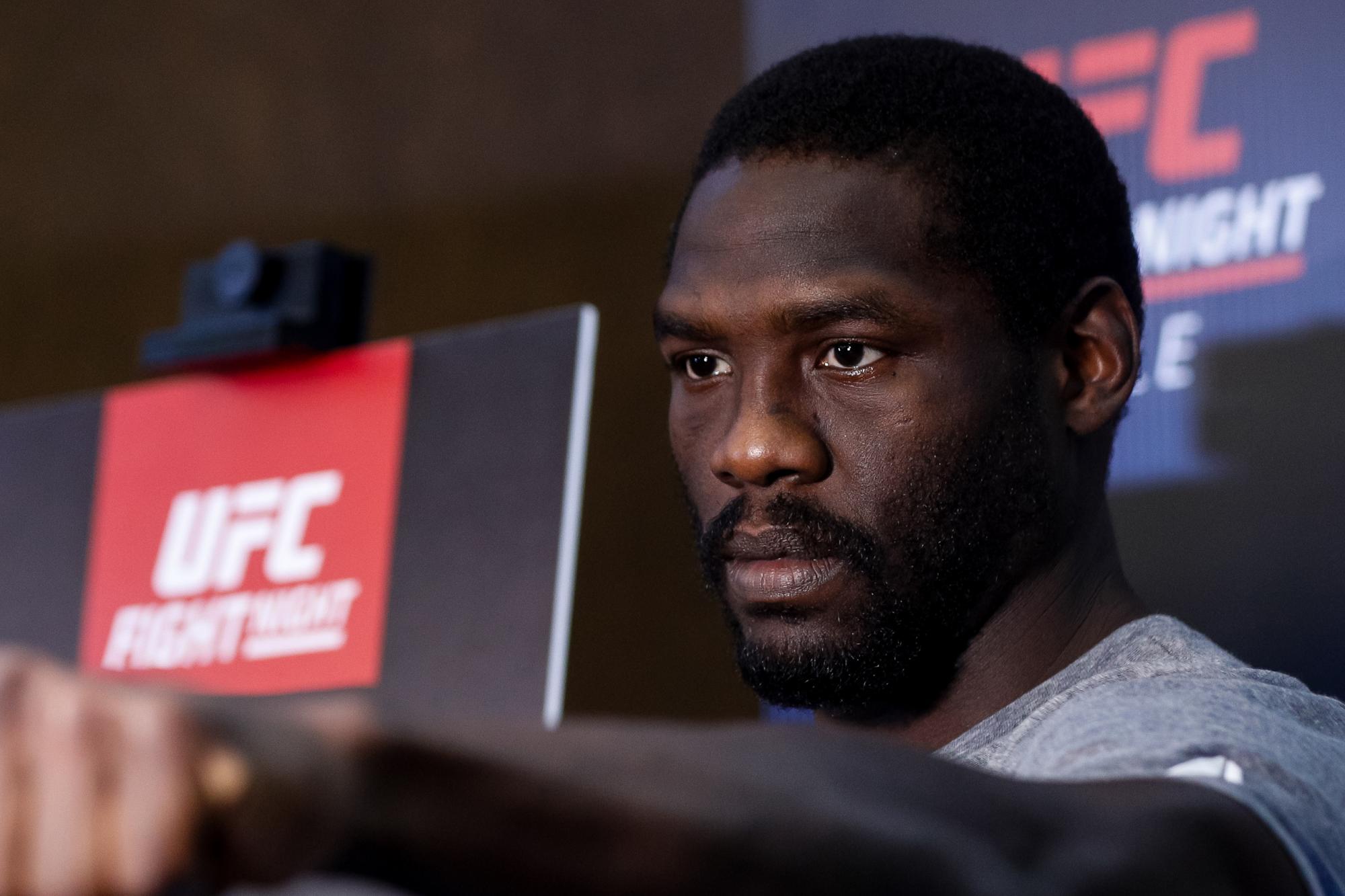 Cannonier: "I'm Going To Get In His Grill And Break It"

“If he wants to stand there and mix it up I’m going to get right in his face,” Cannonier said. “I’m not going to stay right outside of his range and watch him and marvel at his magnificence or anything like that."
By Gavin Porter • May. 9, 2019

If you don’t know Jared Cannonier’s past it might be difficult to understand just how incredible it is for him to be in the UFC 237 co-main event opposite of the legendary Anderson Silva.

Cannonier’s journey to the UFC began years ago when he was in the army and he participated in combat. He fell in love with the competition and learning how to defend himself. After the army, Cannonier took a position with the FAA maintaining satellite communications in Anchorage, Alaska.

Then he decided to find a jiu jitsu gym to do some training. Cannonier walked into the gym weighing over 300lbs. The combination of his training in the army and jiu jitsu really inspired him to take some amateur fights.

It took just about a year for Cannonier to get his first professional fight at 26 years old. Not bad for a guy who put himself on the mixed martial arts fast track after getting a late start into training. Cannonier was fighting at heavyweight, a tough task for a guy his size but yet he was still very success in the promotions leading up to his UFC debut.

“Suffice to say that when I got into the UFC it was a completely different playing ground and field to operate in,” Cannonier said. “Those heavyweights are way bigger, way strong, everything, just better all-around. Being who I am now if I look back and see that person I would be like, 'I probably wasn’t ready', for the UFC physically. I was definitely ready mentally.”

Cannonier believes he showed that by defeating heavyweight Cyril Asker at UFC Zagreb in 2016. From there he dropped the weight, moved down to light heavyweight and beat the tough Ion Cutelaba. That victory set up a showdown with title contender Glover Teixeira. Despite losing that fight, Cannonier showed great potential that caught the eyes of UFC brass. Cannonier decided to quit his job with the FAA, move to Arizona and pursue MMA as a full-time career.

After going 1-2 in his next three fights, with losses to current top six ranked light heavyweights Jan Blachowicz and Dominick Reyes, Cannonier received a call to take on ranked middleweight David Branch on short notice. He accepted that fight at UFC 230, won in convincing fashion and earned himself a showdown with the great “Spider Siliva.”

For the 35 year old Cannonier, he believes that his win over Branch is just the beginning of him tapping into his true potential.

“You know my last fight is the start of that ascension,” Cannonier said. “I wanna keep that ball rolling. Keep going up up up up. I’m ready. They know they see. My training partners know that I have potential to be at the top of this game and that’s why the UFC gave me the contract to fight Glover so long ago. They knew it back then. And I’m going to show it Saturday.”

As for his match-up with Silva, Cannonier has the upmost respect for the former champion but once that Octagon door closes he knows just how much he as to gain from beating a guy like Silva.

“(Anderson Silva) is a big name but that’s a non-factor. I’m not fighting your name I’m fighting your body,” Cannonier said. “I hit really hard and I’m really fast. My defense has gotten even sounder as I’ve worked on it in the gym. Most of that stuff that he catches people with I don’t see working on me. Sometimes he lets his opponents hit and him that probably wouldn’t be a good idea to do that against me because I don’t throw soft punches in there. If he wants to play that game I will definitely oblige him.”

Cannonier is most excited to know that Silva is a game opponent and that his style will help make the fight fun. “The Killa Gorilla” has been waiting for a fight like this and he is going to make sure to put on a performance that fans and UFC brass will remember.

“If he wants to stand there and mix it up I’m going to get right in his face,” Cannonier said. “I’m not going to stay right outside of his range and watch him and marvel at his magnificence or anything like that. I’m going to get all up in his grill and break it as best as I can. It’s going to be legendary, that’s for sure.”

Make sure you tune in to see if Cannonier can continue his rise by defeating one of the greatest of all-time in Anderson Silva. UFC 237 begins Saturday at 6:15pm/ 3:15pm ETPT with the UFC Fight Pass Early prelims. The ESPN+ prelims begin at 8pm/5pm ET.

The UFC 237 main card will start at 10pm/7pm ETPT and is only available on Pay-Per-View. Order the card here.