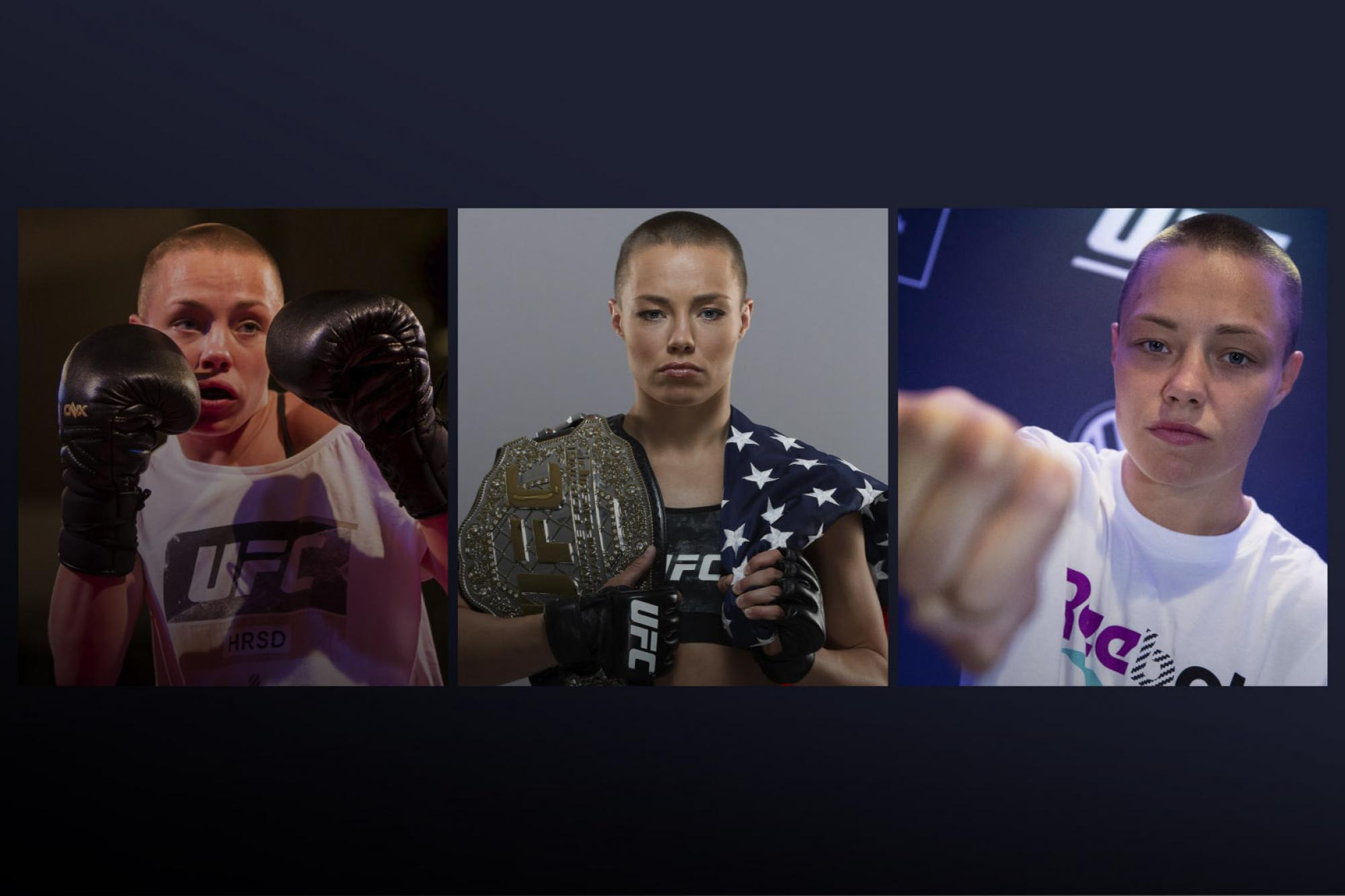 The blood was on Rose Namajunas’ hands and the fight hadn’t even started.

Then again, to the UFC strawweight champion, the entire week leading up to her first title defense against Joanna Jedrzejczyk in April 2018 had been one long fight.

From quirky mishaps while in Brooklyn to being in the bus during the highly-publicized Conor McGregor incident after the UFC 223 media day at Barclays Center, nothing was going right for the new champion about to fight the woman who she took the title from five months earlier.

But “Thug Rose” was going to fight. It’s what she does, even if things still weren’t settled as she got her hands wrapped for battle.

“It felt like a nightmare warming up for that fight,” Namajunas said. “A total contrast to the first fight I had with her. I felt like something was just not right. I was so tense squeezing my hands that I had blood all over my hands. I just had to pull it together and calm myself. It was just one of those things. You have to roll with it, control your breathing, let go and perform.”

Eventually, it all clicked and Namajunas was ready to fight. And fight she did, winning a unanimous five-round decision over Jedrzejczyk. It was a close five-rounder, but after everything that went on before the Octagon door shut, it was career-defining for the champion, who defends that crown this Saturday against Jessica Andrade.

Again, Namajunas will have more than a fight to deal with. This time, it will be the champion going to the challenger’s home turf in Rio de Janeiro, Brazil, with everything that comes along with that. But Namajunas isn’t concerned with boos, chants or wearing the black hat come Saturday night.

In this episode we preview the UFC 237 main event between strawweight champion ‘Thug’ Rose Namajunas and the number one contender, Jessica Andrade.

“I’m really excited to perform in front of my Brazilian fans,” she said. “Defending my belt in Brazil will mean a lot to the people of Brazil but also to the world of MMA and to myself to face my fears and challenge myself. This is a great opportunity to become very internationally well-known and respected and loved.”

It’s impossible to not already be a fan of the 26-year-old Milwaukee native, but loyalties run deep in Brazil, and the equally likeable Andrade will certainly have her home fans cheering her on this weekend. Oddsmakers have even installed “Bate Estaca” as a favorite in her second world championship bout, another development that doesn’t make Namajunas blink.

“Being an underdog, I’m no stranger to that,” said Namajunas, who shocked the world in 2017 when she knocked Jedrzejczyk in a little over three minutes to win the 115-pound crown. “If you look at some of my past fights, some of my weaknesses play into her strengths. But I can assure everybody that I’m working on those and I’ve completely evolved. In my head, I always consider myself to be the favorite. She’s had some great performances, she’s improved a lot, so it makes sense, but I’m not buying into that.”

That’s champ talk, even if Namajunas plans on fighting like a hungry challenger at Jeunesse Arena.

That’s matter of fact from Namajunas, not done with the hint of malice. This is business, and she’s taking the emotion out of it, just like she did in Brooklyn. The only thing that’s changed is the location.

“I have a lot of respect for Andrade,” she said. “It’s gonna be a real fight. You’re not gonna have a lot of smack talk, we’re gonna be very complimentary of each other, but also very confident in our own selves. The fight sells itself.”