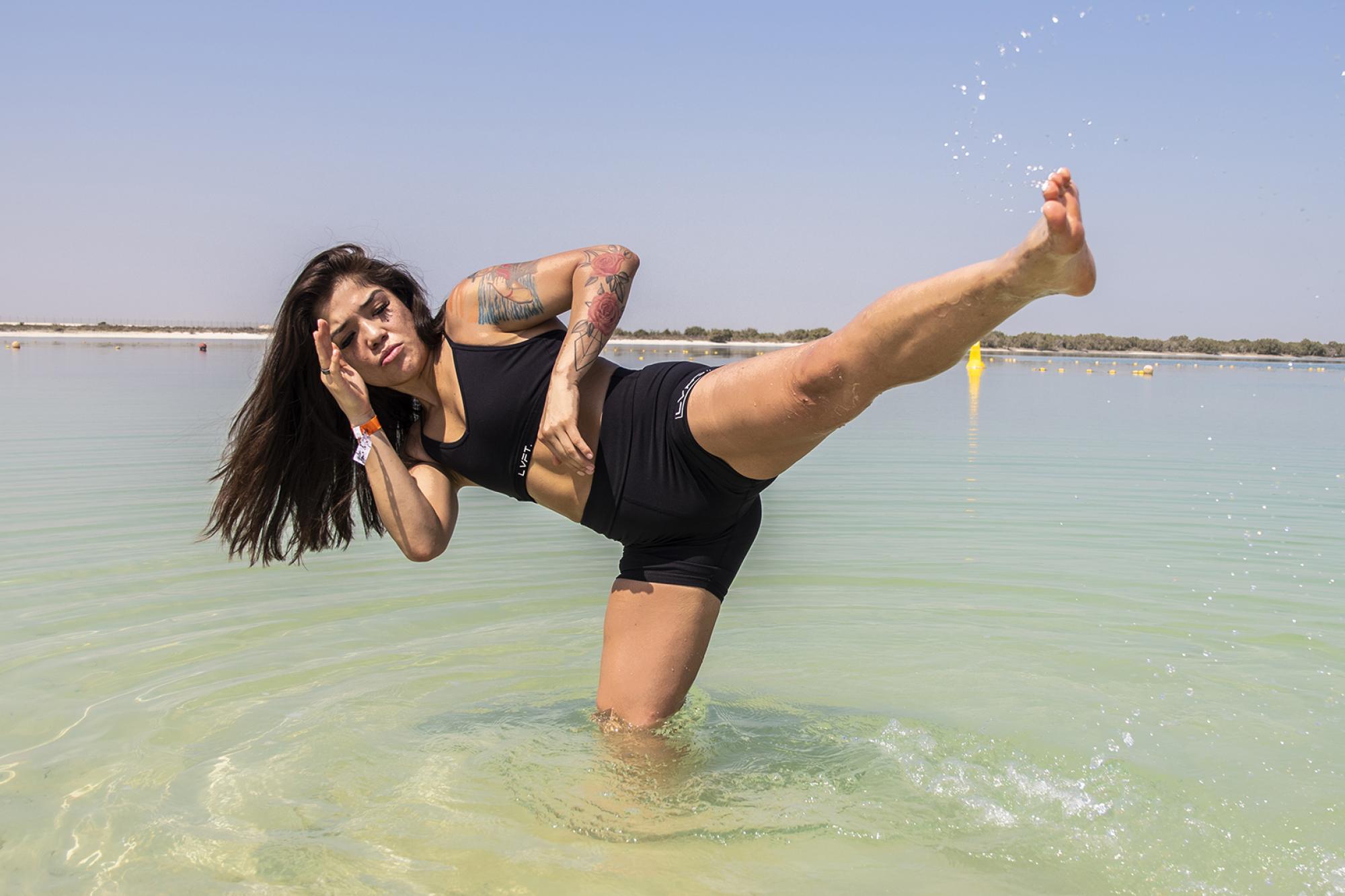 Bantamweight Feeling Blessed To Be Back, Even With Late Opponent Change
By Steve Latrell, on Twitter: @TheUFSteve • Oct. 8, 2020

“I struggled because I’m someone who likes to stay in a routine. So trying to find a routine every day, knowing that every day is going to be different, was extremely hard. Training during quarantine has been hard, especially because I haven’t had all the right training partners. But I’ve been very blessed with the very few I do have. I got through it and here we are now.”

Here we are, indeed. Nearly a year removed from her UFC debut in Brazil last November, Cortez sits ready to follow up that win over Vanessa Melo this Saturday when she meets Stephanie Egger on UFC Fight Island in Abu Dhabi. Two fights in and she’s already a globetrotter. 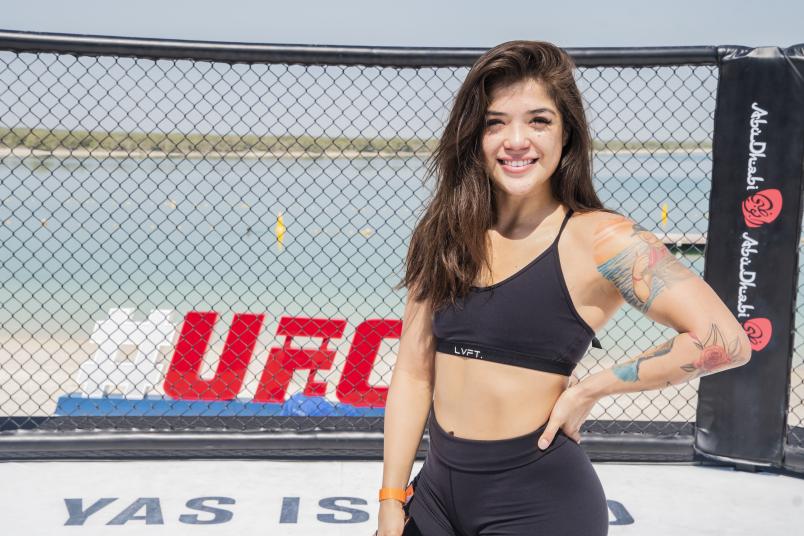 “I was really expecting [this fight] to be in my backyard, in Vegas,” the Arizonan laughs. “But due to everything going on, the fact that I’m still able to fight is a huge blessing for me. The fact that the UFC was able to get all of this put together just for us fighters to still compete is amazing. Honestly.”

The blessings weren’t without their challenges, of course. Layoffs, pandemic and jet lag were compounded by a last-minute change when original opponent Bea Malecki was forced to withdraw.

“I haven’t been able to adjust much just because I haven’t had a lot of notice, just like her. It’s been about a week and a half or two weeks. Getting ready for my original opponent to this one…it’s just two different people and two different styles. So, at this point, I really have to go in there and fight my fight.” 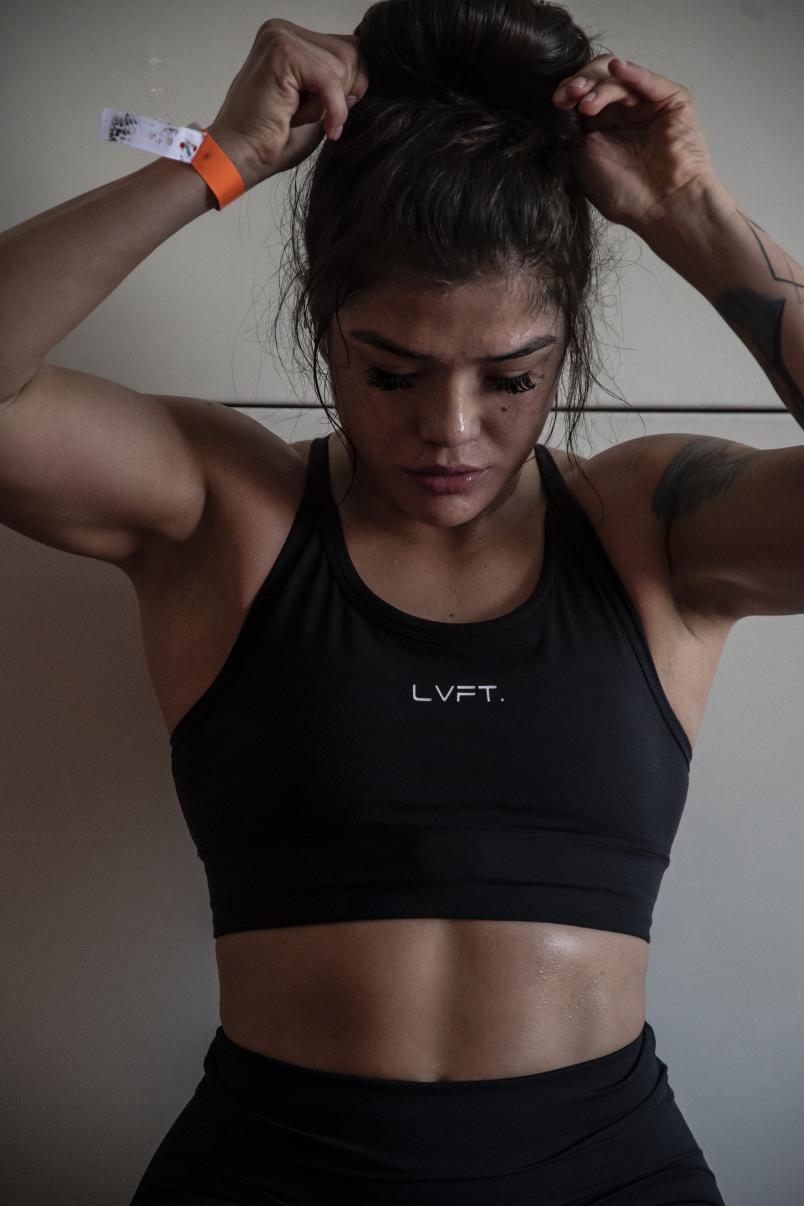 In Egger, she’ll encounter a newcomer looking to leave her mark, just like Cortez did in 2019 after winning a UFC contract on Dana White’s Contender Series. But if the notion that a relatively unknown newcomer looking to make a name for herself somehow makes her more dangerous, Cortez isn’t buying it.“No. Anybody who steps in that Octagon is a dangerous opponent. The fact that they have the courage to take a two-week notice fight is brave of her.

“I don’t know much about my opponent,” she continues. “I just know that she’s a jiu-jitsu and judo girl. So ground is her game. Regardless, I’m still going to fight my fight. As we all know, I like to take it to the ground as well. It doesn’t change anything.”

Despite the challenges in training during 2020, Cortez knows her ground game is as sharp as ever, even without the benefits of a full team in an open gym.

“It’s been pretty perfect in a weird way, just because I have a great jiu-jitsu partner and a great wrestling partner. Body-wise, we match very well.”

With her only defeat coming in her professional debut in 2017, Cortez has rattled off seven straight impressive wins, with hopes of squeezing in at least one more 2020 fight after Saturday to help regain the momentum she had so methodically set in motion. Just days ago, she tweeted out: “Lord, plz prepare me for everything I’m praying for!”

“I do see myself doing big things in the UFC,” she says of the tweet.  “I’m aiming high. I know it’s not going to be an easy road, so I pray that He gives me strength to get me through what I want.”

Lightweight Champion Retires With An Unprecendented Legacy Of Dominance