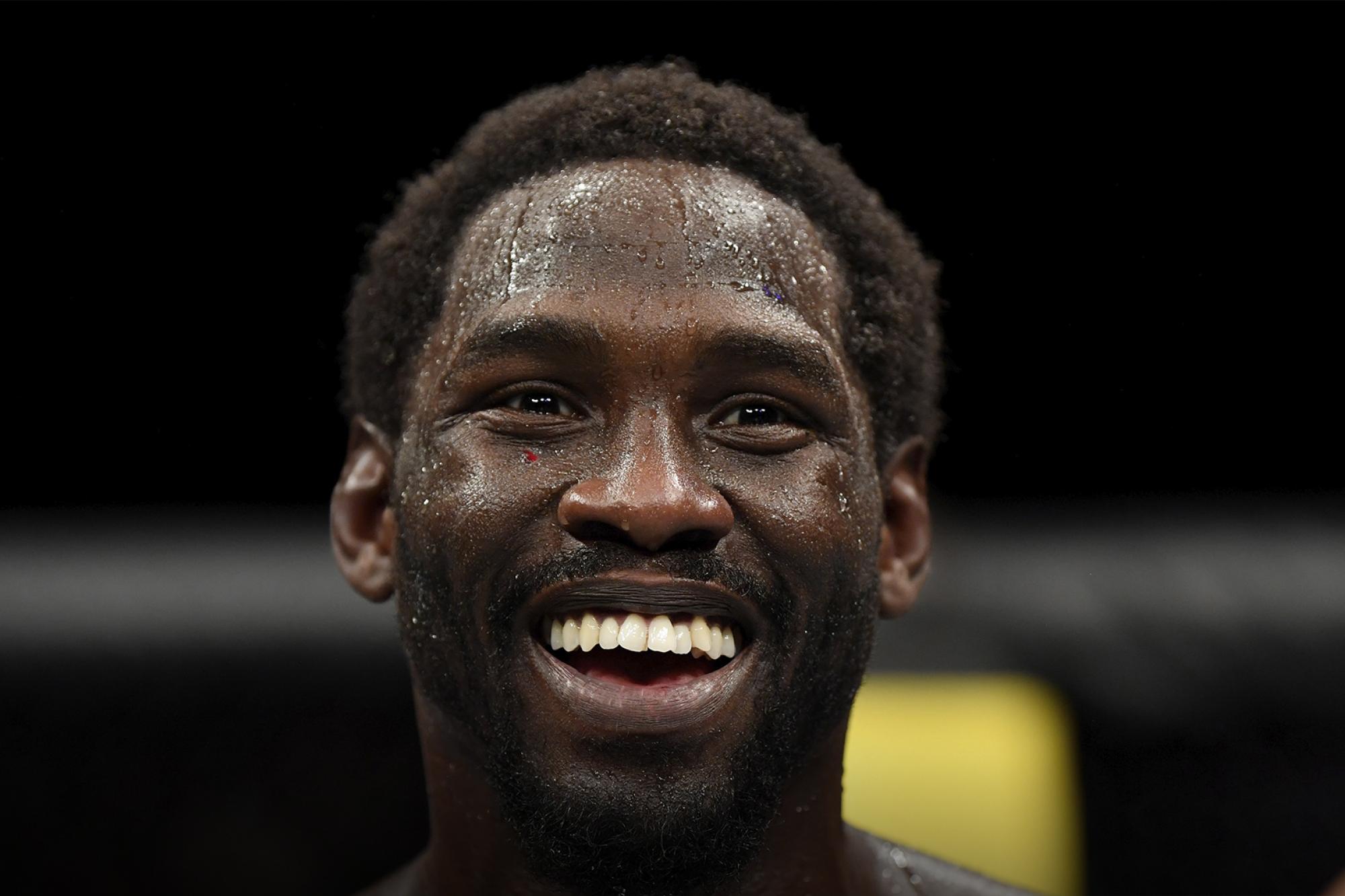 What an inaugural UFC event in Denmark. Over 12,000 Danish fans packed into a sold out Royal Arena to watch the Hermansson vs Cannonier event and they weren't disappointed.

Both Nicolas Dalby and Mark O. Madsen took an already excited crowd to a frenzy with their impressive victories. To give you an idea of how loud the fans were, the broadcast and the public address system couldn't pick up the sound of the air horn. So the commission and the operations team used Bruce Buffer's microphone to amplify the air horn. Incredible.

Four Performance of the Night bonuses were handed out, so let's jump right into it.

In the first round of the bout, Cannonier faced some adversity, as Hermansson started fast and furious, putting the pressure on Cannonier. But Cannonier did well to avoid major damage and to get out of Hermansson's grasp once the fight hit the canvas.

Then to start the second round "Tha Killa Gorilla" landed an uppercut that sent Hermansson tumbling backward. After that, Cannonier poured on shot after shot, and the referee had no choice but to call the bout.

There is no doubt about it, Jared Cannonier is a middleweight monster. He starched David Branch, took out Anderson Silva in Brazil and beat Jack Hermansson in Denmark. None of those fights are easy, and when you factor in that he finished each of them, it becomes even more clear that Cannonier is a legit player at the top of the division.

UFC Copenhagen was Cannonier's first main event, but it surely won't be his last.

Making your UFC debut as the first fight on the card can be tough. But the highly anticipated debut for Jack Shore couldn't have gone much better.

Shore looked great in the first round against Nohelin Hernandez, out striking him and executing some well-timed takedowns. The second round was more of the same, with Shore gaining a dominant position and looking for a choke. Eventually  Shore wrapped the rear naked choke around the jaw of Hernandez, adding a twist of the neck for good measure.

And bang. A submission win to start his UFC career. It was impressive, especially considering the fact that Hernandez looked pretty good against Marlon Vera at UFC 239.

Shore will definitely be someone to keep an eye on at bantamweight.

Also how cool is the name Jack Shore?

The third time was the charm for "The Welsh Wrecking Machine" as he finally secured his first career UFC victory. And he did it in style.

Phillips crushed Alen Amedovski in just 14 seconds, knocking him out with a power punch that sent Amedovski reeling. From there, Phillips added more damage and just like that the night was finished for Amedovski.

It was evident just how relieved Phillips was feeling after the win. He said post fight that it was the best day of his life and I'm sure the bonus made it even better. Congrats, John.

Michal Oleksiejczuk. But he suspected that if he could get him out of the first round, that the fighter from Poland would gas out.

Oleksiejczuk met OSP's expectations, rushing him with wild powerful punches to the head and body. Oleksiejczuk was finding some success with the shots, landing frequently with his left. But OSP's plan worked to perfection and once he felt Oleksiejczuk's cardio beginning to slip he took his shot and secured yet another Von Flue Choke victory.

With four Von Flue Choke wins, it's a shame they haven't changed the name of the submission to the "Von Preux Choke" already. It was huge win for OSP and gets him back on track in the competitive light heavyweight division.